Ever tried durian gelato? What about chocolate bacon, roasted red pepper with feta, and curry gelato?

East Vancouver’s La Casa Gelato is well-known for its wacky and outrageous flavours, and now it’s been officially recognized as the Guinness World Record holder for most flavours ever.

“It feels so good,” said owner Tina Misceo. “We’re pumped and super excited. We have a store like no other and it’s nice to get that recognition.”

The gelateria held a drop-in party for customers when it sent in its official paperwork on Guinness World Records Day on Nov. 14.

And Misceo said they got official confirmation they hold the record the following week.

The family-owned business moved to its shockingly-pink premises in 1994 and that’s when they decided to go all in on gelato.

It started with 40 flavours, and over the years, La Casa Gelato has rotated through nearly 600 flavours.

“My dad is a foodie and he loves to eat, and he would get these crazy ideas for flavours like blue cheese,” she said. “We would look at him as if he was nuts, but it actually turned out to be one of the tastier ones.”

And for those who might feel overwhelmed by the 238 flavours, she suggests picking something you would like in non-gelato form.

“If you don’t like curry, then you’re not going to like curry gelato,” she said. “We try to keep it pretty close to the actual flavour.”

To commemorate the Guinness World Record, La Casa Gelato is also serving a limited run of Dom Perignon champagne gelato with gold flakes and the proceeds of that sale will go to B.C. Children’s Hospital.

When coming up with the flavour, Misceo decided to “let’s go fancy” because getting officially certified as a Guinness World Record holder is a once-in-a-lifetime kind of thing.

Read the story on the CBC website here – https://www.cbc.ca/news/canada/british-columbia/vancouver-gelato-shop-sets-world-record-for-most-flavours-1.5368956

Guinness World Record, In the news 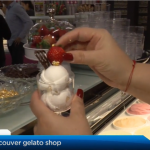 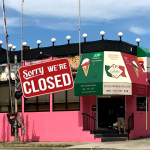